Yet, in spite of this world-wide system of linkages, there is, at this very moment, a general feeling that communication is breaking down everywhere, on an unparalleled scale. – David Bohm

The Religious Exploration Salon is a group that meets 3rd Sundays at 7pm in the Brackett room to discuss various topics.  The current incarnation of our salon was begun in 2011 by interim minister Gary Kowalski and was based on the group reading books on a topic, usually religious. After Gary left we continued but it was difficult to agree on a book and even more difficult to get participants to read enough of a book to be able to participate in meaningful discussion, so attendance at the salon dwindled. In 2014 Paul and Tom visited the UU congregation in Swampscott to experience a different way of having discussions which avoids these problems and provides other benefits. Since then we have followed this practice which is called Bohm Dialogue.

What is Bohm Dialogue 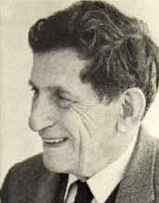 Suppose we were able to share meanings freely without a compulsive urge to impose our view or conform to those of others and without distortion and self-deception. Would this not constitute a real revolution in culture? – David Bohm

Bohm Dialogue … is a freely-flowing group conversation in which participants attempt to reach a common understanding, experiencing everyone’s point of view fully, equally and nonjudgementally. This can lead to new and deeper understanding. The purpose is to solve the communication crises that face society, and indeed the whole of human nature and consciousness. It utilizes a theoretical understanding of the way thoughts relate to universal reality. It is named after physicist David Bohm who originally proposed this form of dialogue.

We sit in a circle with a “talking stick” in the middle (not all Bohm dialogue groups do this). Whoever feels moved to picks up the stick and says whatever they think or feel about the topic while everyone else listens attentively and with an open mind. When they finish they put the stick back in the middle and everyone quietly thinks about what was said for a while. After a while someone else picks up the stick and so on. It is OK to speak more than once or not at all. Unlike Chalice circles it is OK to reference what someone else has said, respectfully express contrasting thoughts/feelings, ask for clarification, etc. In fact it is great if participants can build on what was said before. At around 8:30pm we will end the Dialogue and we will group-evaluate the session on how well we stayed on topic, and adhered to the Bohm Dialogue principles.

Everyone is welcome. You are welcome to think about the topic beforehand but no preparation is required or expected — come as you are with whatever thoughts/feelings/intuitions you have, ready to listen, learn and contribute.  Our next meeting will be on February 16th at 7pm in the Brackett Room.

How Dialogue Differs from Chalice Circles

Some have asked how Bohm Dialogue differs from the Chalice Circles that they have participated in at First Parish.  Both formats emphasize one person speaking at a time and respectful listening.  But while Chalice Circles prohibit “crosstalk” (referring to something said by another member), in Dialogue “crosstalk” is permitted and even encouraged including agreement, disagreement, modification, expansion on and asking for clarification of others’ comments — as long as it is done respectfully and addressed to the whole group rather than to an individual.  Ideally this crosstalk leads to a synergistic building upon each others thoughts resulting in new insights that no one might reach alone.

Another difference from Chalice Circles is that there are no check-in or check-out periods — once the dialogue begins, all talk is limited to the chosen topic.  There is no sharing of personal milestones, joys and concerns, etc., except as they may directly relate to the chosen topic.  At the end of the dialogue there is a time for feedback on how well the Dialogue went and a time to choose the next topic.

Past Salon Topics and Articles: