All who are interested are welcome to come on Saturday, Jan. 19 at 10am the Spirituality Book Group is meeting to discuss “Madame Blavatsky : the mother of modern spirituality” by Gary Lachman. 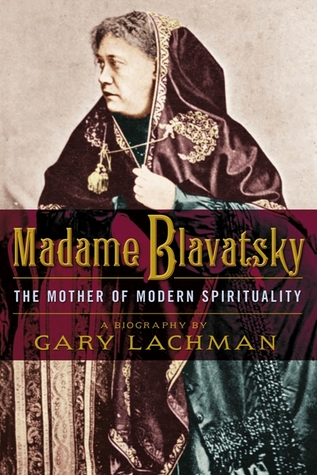 “A thoughtful biography of one of the most polarizing pioneers of alternative spirituality, the occult-mystic Helena Petrovna Blavatsky.

Pioneer. Visionary. Provocateur. Madame Helena Petrovna Blavatsky—mystic, occult writer, child of Russian aristocrats, spiritual seeker who traveled five continents, and founder (with Henry Steel Olcott) of the Theosophical Society—is still being hailed as an icon and scorned as a fraud more than 120 years after her death. But despite perennial interest in her life, writings, and philosophy, no single biography has examined the controversy and legacy of this influential thinker who helped define modern alternative spirituality—until now.

Gary Lachman, the acclaimed spiritual biographer behind volumes such as Rudolf Steiner and Jung the Mystic, brings us an in-depth look at Blavatsky, objectively exploring her unique and singular contributions toward introducing Eastern and esoteric spiritual ideas to the West during the nineteenth century, as well as the controversies that continue to color the discussions of her life and work.”

Interestingly, Lachman was an original member of the rock band Blondie.