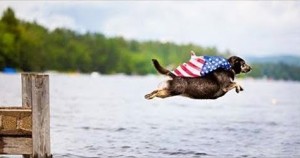 Inspired by world events and our mid term elections, our November dialogue topic will be “The Crisis of Liberal Democracy”. From Wikipedia:

Liberal democracy is a liberal political ideology and a form of government in which representative democracy operates under the principles of classical liberalism. Also called Western democracy, it is characterized by elections between multiple distinct political parties, a separation of powers into different branches of government, the rule of law in everyday life as part of an open society, a market economy with private property, and the equal protection of human rights, civil rights, civil liberties and political freedoms for all people. To define the system in practice, liberal democracies often draw upon a constitution, either formally written or uncodified, to delineate the powers of government and enshrine the social contract. After a period of sustained expansion throughout the 20th century, liberal democracy became the predominant political system in the world.

There is much more at wikipedia.org/wiki/Liberal_democracy

Join us to listen to what others think and to share what you think.  The Religious Exploration Salon is a group that meets 3rd Sundays to discuss various topics in the format called Bohm Dialogue which emphasizes respectful listening and balanced, synergistic sharing. For more details about how Dialogue works, please see this intro.

Everyone is welcome. You are welcome to think about the topic beforehand but no preparation is required or expected — come as you are with whatever thoughts/intuitions you have, ready to listen, learn and contribute.  We next meet Sunday November 18 at 7pm in the Brackett Room.